According to Facebook statistics, every day more than 90 million people utilize their On This Day app to reminisce about moments they’ve shared on their Facebook page in previous years, and I’ve consistently been one of them. Sometimes the memory pops up in my Facebook feed. Other times I search for them, reminiscing.

Today, I made the decision not to look at the memory of six years ago, or at the very least, since I obviously got a glimpse, not to click on it and read the rest.

August has consistently been a difficult month for me since Jacob died in 2013. For my daughter Elizabeth, it is June, his birthday month. Which makes perfect sense, since she carried him underneath her heart and gave birth to him that day. We were aware Jacob’s cancer was terminal earlier in 2013, but he was doing fairly well until after his eighth birthday, when we saw his health steadily go downhill. No one saw it up closer than his parents, particularly his mother Elizabeth, who slept on the floor next to the couch where he spent the majority of his last days. The hospice nurse had told them in early July it would be just a matter of days. Days turned into weeks.

Certainly, painful memories have popped up in July, memories Facebook didn’t need to remind me of as they are so etched in my mind: My daughter’s posts on the Jacob’s Ladder page, posts that were filled with such faith and hope, she was touching the lives of thousands of others, just by sharing. My getting up repeatedly at 2:00 a.m. to drive past my daughter’s house to see if the lights were on and she needed me.

But today, when I saw that memory from six years ago pop up, I looked instead to the framed photos I can see from where I sit drinking my morning cup of coffee.

I made the conscious decision not to read the August Jacob’s Ladder memories, to not “go there,” revisiting my daughter’s pain, Jacob’s struggle to let go…hanging on, and on, and on, until the hospice nurse wondered why, before discovering one day the explanation; inexplicably the expanding lung that should have caused his death, had pushed the small heart to the other side of his chest.

And there I went, despite my good intentions. Do I imagine it, or is someone reading now thinking: There she goes, with the grief thing again.

Secondary loss is real. While primary loss is the death of the person we loved, secondary is all the future losses as a result of that. I didn’t just lose a husband, for instance, I lost the primary breadwinner of our household. The father of my children. The partner who shared a wedding anniversary. The man who believed in me and my writing. Who held my hand and listened when I needed to talk. The person who took out the trash and changed lightbulbs. My experience of secondary loss is heightened at weddings, parties, even in church. I am so much more alone in a crowd.

So when I look at those framed photos on my cabinet, I see my beautiful grandchildren, yes, but I see something else. I see the child missing from future photos, the granddaughter, now nearly sixteen, growing up without her buddy, the boy whose big brother will never carry him on his back, like he does his little sister. 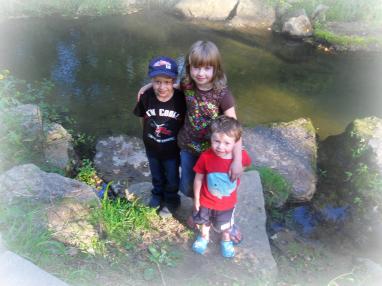 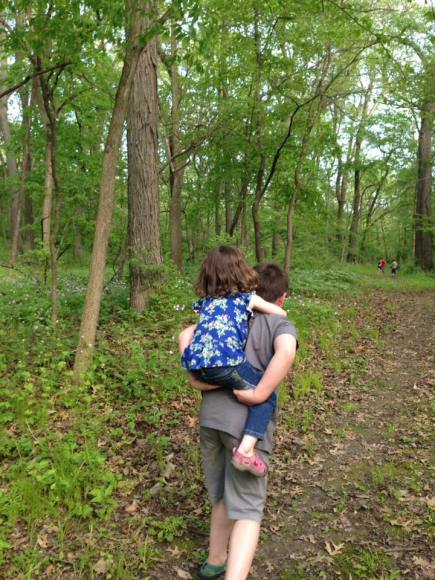 I also see my daughter, who cannot yet bear to pose her remaining children for a family photo because the absence of one is too painful. The daughter who once blogged regularly, becoming my spiritual mentor, who now finds it difficult to write anything at all.

Parents who have lost a child understand that, but would others? I know a woman who takes a photo of her empty porch every August because each year on the first day of school, she loses her son all over again. This year, it would have been second grade, this year third, this year fourth.

Is it true that there are those who cannot understand a loss until they have experienced it themselves? I firmly believe that. I acknowledged my parent’s wedding anniversary with a card to my mother that first year after my dad died. I may have even done so the following year, but only since experiencing the death of my own spouse, do I realize that she likely looked at the calendar every single June 25 for twenty-five years, remembering with a twinge of sadness.

Is it also true, as everyone says, that thoughtless comments to grievers are well-meant? “I don’t think I believe in Heaven,” someone said on my porch, sitting near me, within days of my husband’s death. Where did they think David was then, I wanted to shout, but didn’t.  Could the comment have come from their own doubt that needed reassurance? “If my husband died, I would never date or fall in love again,” I was informed when I expressed loneliness and an openness to loving again.  Was that judgement I heard in the tone, or my imagination? When Christmas is difficult for the mother of a little boy who loved the holiday, is it helpful, or hurtful, to tell her to “think of her other children and their enjoyment?” (Hint: It’s hurtful. She does think of them. It’s still hard.)

I’ve heard there is a way to turn off those Facebook “memory” notifications, but I don’t really want to. So many of them bring a smile to my face, a tender memory, a funny incident I shared ten years ago. A photo of me in 2009 pops up, and I think to myself “That was before. Before my mother, husband, and grandson died.” I feel sorry for the woman with the husband’s arm slung across her shoulders, her bright smile, clueless as to what was coming.

Then I reflect on who I am now, who I am because of those losses. The woman who wants to be a better person because of those good, loving people she lost. One who looks to Heaven for answers, who now knows what it is to have a personal relationship with Jesus, who glimpses small miracles everywhere, and believes we are here to walk each other HOME. The woman who facilitates grief groups  and grief retreats, who can authentically talk and write about grief because she “gets it.” Who talks and writes about creativity for the same reason; because of the creative mother she lost. I am the woman who writes these words in a poem, and believes them.

So, while there is an option to turn off the Facebook notifications, I won’t. There’s too many good moments I want to revisit. For now, maybe for the rest of August, I’ll choose to look away from those “Jacob’s Ladder” memories.

Just like the person who doesn’t want to read about grief or secondary losses, or God and faith, can choose to look away from this blog post.